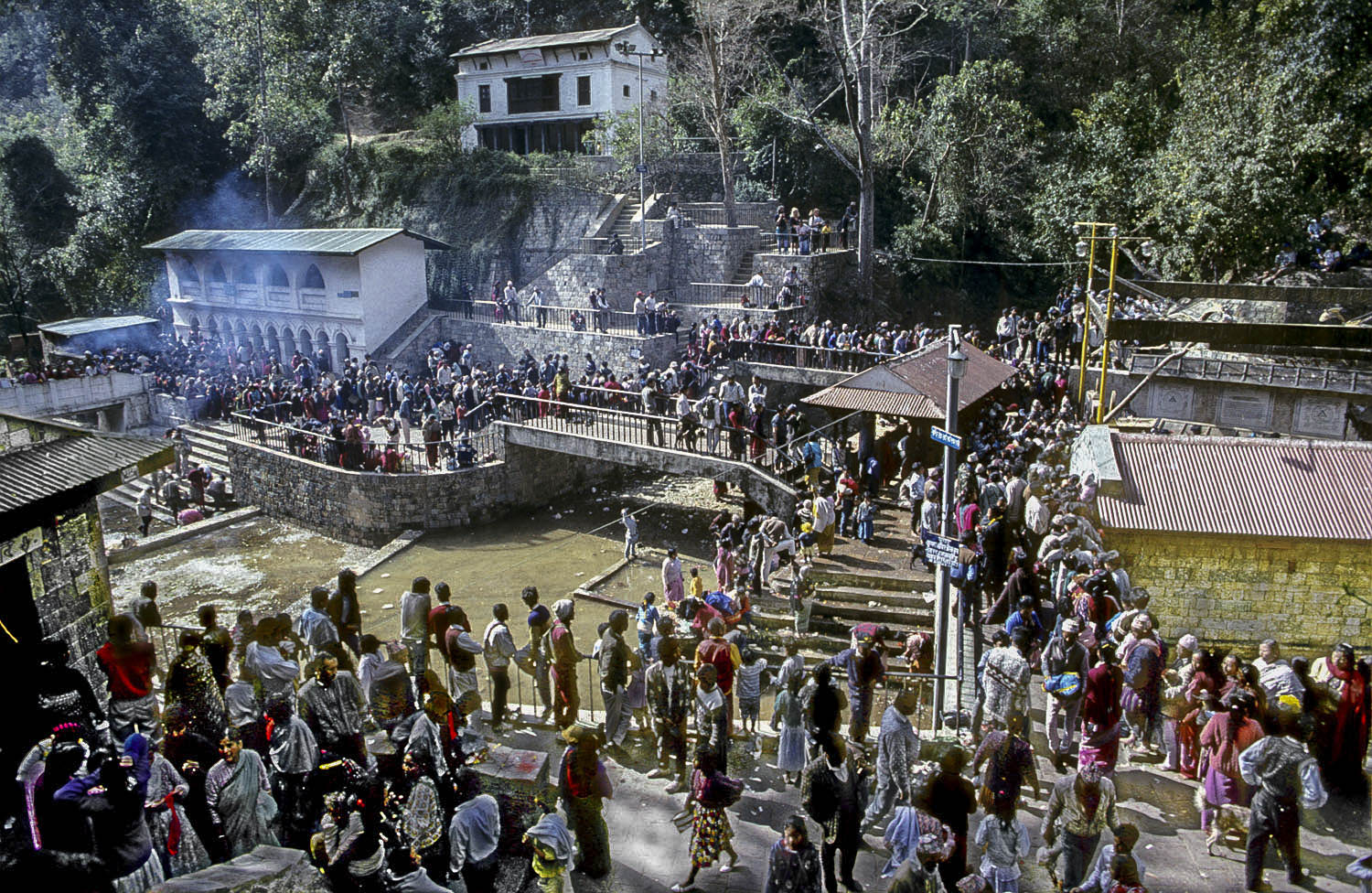 Dakshinkali, located 22 km south of Kathmandu, near the village of Pharping, is one of the main temples in Nepal dedicated to the goddess Kali, the fearful form of Shiva’s consort Parvati. The word Dakshinkali is made up of Dakshin and Kali. Dakshin means south and Kali is derived from one of the Hindu goddess Kali. Therefore it basically means the goddess Kali of the south. The main deity in the temple is a black stone, six-armed form of Kali, standing on a prostrated figure of Shiva. Animal sacrifices, particularly of cocks and male goats, are the main way that the goddess is worshipped, and this is especially seen on Saturdays and Tuesdays, and also during the yearly Dashain festival held in September/October.